Overview of Top Banks in Malaysia

The banks in Malaysia are governed by the Bank of Bank Negara Malaysia, which is the country’s central bank. The central bank extends five different types of banking licenses. They are Commercial Banks, Islamic Banks, International Islamic Banks, Investment Banks, and Other Financial Institutions. A company can hold multiple licenses. You can find a detailed breakdown of list of banks with licenses here. 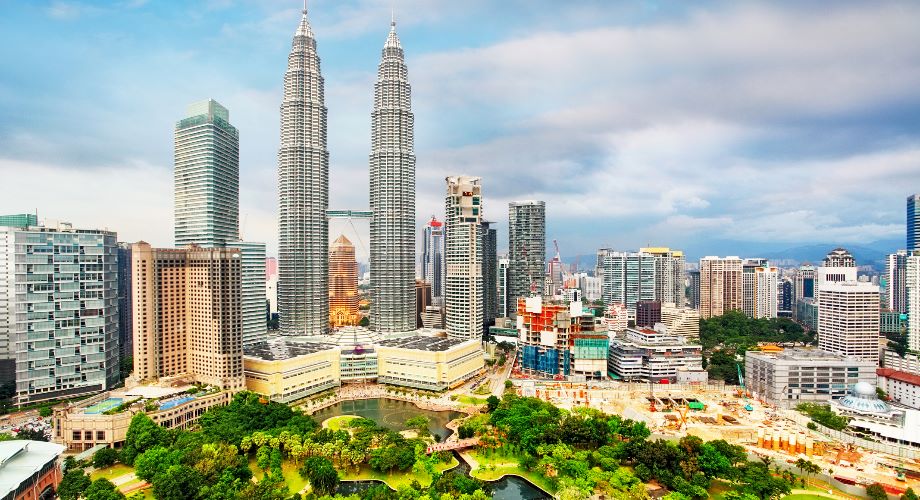 As you’ll see, all of the best banks in Malaysia have their headquarters in Kuala Lumpur or “KL” for short. Kuala Lumpur is not only Malaysia’s capital, it’s also the country’s most important financial center. It’s about 4 hours of drive from Singapore, which is an even larger financial center in Asia Pacific.

Malayan Banking Berhad or Maybank is a Malaysian universal bank. It provides both retail (consumer) banking and investment banking services. The firm is Malaysia’s largest bank by total assets and by market capitalization. Founded in 1960 by a Singaporean businessman, Maybank quickly rose to prominence in the country’s banking scene. It provides a wide range of financial services through an extensive network of branches across Southeast Asia. Globally, it has three key markets: Malaysia, Singapore, and Indonesia. Though Maybank has presence in many countries, these three markets are the key strategic strongholds for the bank. Maybank has the most recognizable brand among all the banks in Malaysia. It’s a public company trading on the Bursa Malaysia (Malaysia’s stock exchange). Maybank’s headquarters is in Kuala Lumpur.

Public Bank Berhad or Public Bank is the third largest bank in Malaysia by total assets. The company has hundreds of branches across Malaysia, Hong Kong, Mainland China, Cambodia, Vietnam, Laos, and Sri Lanka. Whereas other major Malaysian banks focused on Singapore and Indonesia, Public Bank prioritized the aforementioned markets. Outside of Malaysia, Hong Kong is the bank’s most important market, followed by Cambodia. Founded in 1966, Public Bank quickly grew to become one of the country’s most valuable companies. It’s a public company trading on the Bursa Malaysia. Public Bank’s headquarters is in Kuala Lumpur.

RHB Bank is the fourth largest bank in Malaysia by total assets. Similar to many of its peers, RHB offers consumer banking and investment banking services to its clients. The company acquired OSK Investment Bank and this transaction made RHB’s investment banking unit one of the country’s largest. As one of the first banks to receive an Islamic banking license, it offers a range of Shariah-compliant banking services. It’s a public company trading on the Bursa Malaysia. RHB Bank’s headquarters is in Kuala Lumpur.

AmBank or AMMB Holdings is one of the top banks in Malaysia. Its core businesses are retail banking, wholesale banking, Islamic banking, and insurance. Founded in 1975, the founder originally named the bank “Persian – Malaysian Development Bank”. As the name indicates, the bank has significant cultural and business ties to the Arab community. By contrast, some of its competitors such as Hong Leong and UOB focuses on the Chinese community. It has hundreds of branches and ATM terminals throughout the country. AmBank is a public company trading on the Bursa Malaysia and its headquarters is in Kuala Lumpur.

UOB stands for United Overseas Bank. It’s a Singaporean bank with significant presence in Malaysia. Due to Singapore and Malaysia’s geographic proximity, there’s significant commercial overlap between the two countries. Many Malaysian banks operate in Singapore and similarly, some Singaporean banks are among the best banks in Malaysia. The company’s Malaysia operations began in 1951 and has since grew to become one of the top banks in Malaysia. The Ratings Agency Malaysia (RMB) gave the bank a long-term ‘AAA’ rating. UOB has a very strong brand name not only in Malaysia but also in ASEAN. UOB Malaysia’s headquarters is in Kuala Lumpur.

Bank Rakyat is the largest Islamic cooperative bank in Malaysia. Founded in 1954, the bank originally follows a conventional banking system. Then, in 2002, it changed into a banking system based on Syariah. This transformation enabled the company to record encouraging profits year after year. It provides consumer banking, commercial financing, and investment services. Bank Rakyat’s headquarters is in Kuala Lumpur.

OCBC stands for Overseas-Chinese Banking Corporation. It is a major Singaporean bank whose operations in the neighboring country puts it among the best banks in Malaysia. The company provides retail / consumer banking, corporate banking and investment banking services for its clients. In addition, it also provides Islamic banking under a license from the country’s government. OCBC Malaysia’s headquarters is in Kuala Lumpur.

HSBC Bank Malaysia Berhad is one of the best banks in Malaysia. It’s a subsidiary of the HSBC Group and employs about 4,000 people in the country. The company has one of the longest lasting presence in Malaysia among all the banks. HSBC established its first office in the country in 1884. It offers retail / consumer banking for individuals, corporate banking for businesses, and investment banking services. Due to HSBC’s large scale and resources, HSBC Malaysia is a pioneer in many ways. For example, it introduced the nation’s first ATM machine and digital accounting opening. HSBC Malaysia’s headquarters is in Kuala Lumpur.

Other Top Banks in Malaysia

The above are the top 10 banks in Malaysia. However, they’re far from the only banks in the country. The Malaysian economy is very big and it has one of the most robust banking industries in Southeast Asia. Other top banks in Malaysia are: BIMB Holdings, Affin Bank, Alliance Bank, Standard Chartered, MBSB Bank, and Bank Simpanan Nasional. Citibank also has big operations in the country.

Preparing for a Career with Top Banks in Malaysia

Lumovest is one of the world’s leading education providers. We teach you how to analyze financials and investments from the grounds up. Our curriculum is based on how things are done at the top banks and the top investment firms. As a result, our courses are very practical and very relevant to what you’ll do on a day-to-day basis.

Developing a strong financial analytical skillset will help you stand out during the hiring process in China. Through our courses, you’ll learn accounting, financial modeling, LBO, DCF, M&A and valuation. At the end, you’ll receive an official blockchain-verified digital certification, which you can showcase on your resume. You can sign up here.