SG&A Expense, or SG&A for short, stands for Selling, General & Administrative Expense. SG&A is a major line on the Income Statement. It represents the expenses a company incurs related to marketing and administering the company. All companies incur at least some amount of SG&A Expense. That’s because all businesses need to promote their products and services and all businesses need to have some administrative functions. Therefore, all companies will have SG&A though they might not necessarily use that exact name on the financial statements.

The first part of SG&A Expense are selling expenses. These are expenses a company incurs to “make the sale”. In order to make the sale, a company will need to promote itself and its products and services. Examples of selling expenses include salary and commission to the company’s sales people. Other examples include paying advertisements and organizing promotional events. These activities create demand for the company’s business and broadly categorized as “selling”. Therefore, the expenses a company incurs due to these selling activities are included in the SG&A Expense.

It is unlikely a successful business can sell its products and services without any selling activities. That’s because businesses need to inform customers of their existence and educate the customers about their products. In addition, most businesses have competition that target the same customers for the same products. To attract the customers, businesses must promote and market themselves.

Similar to selling, it’s extremely unlikely that a successful business can scale and grow without any administrative activities. That’s because businesses can’t operate automatically. Humans must manage the businesses in order for them to function, which creates administrative expenses.

SG&A Expense on the Income Statement

Most companies group record SG&A as a single line on the Income Statement. For example, here’s a snapshot of Apple’s Income Statement. Apple groups selling, general and administrative activities together into a single expense line. 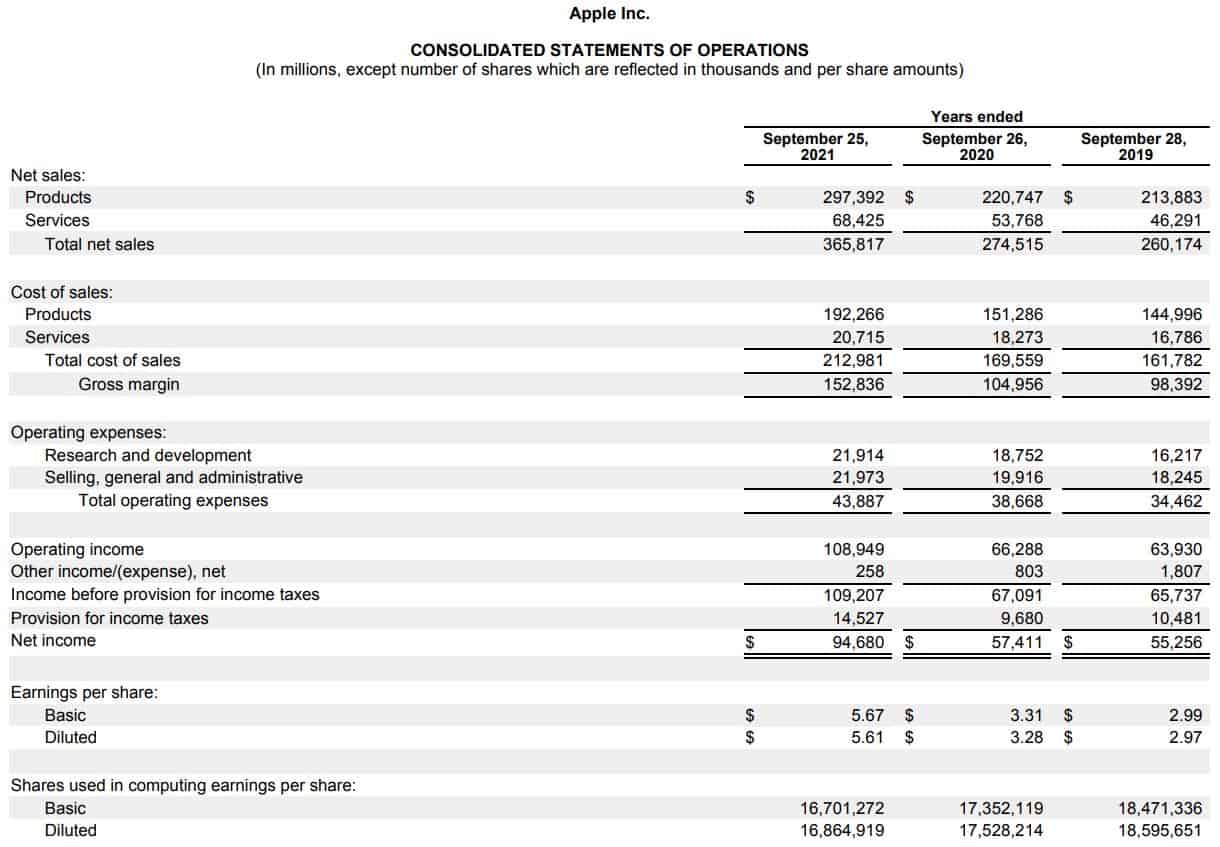 How to Forecast SG&A Expense

The first way to forecast SG&A Expense is by growing it by a certain rate year after year. For example, let’s say a company incurred $1,000 of SG&A Expense this year. If we forecast it to grow by 5%, then that means we’re estimating $1,050 of SG&A Expense next year.

The third way to forecast SG&A Expense is by projecting the components that make up SG&A and adding them up. Imagine a company will spend $300 on advertising, $400 on office rent, and $500 on manager salary next year. Assuming that these are all the company spends on SG&A, then we can add them up, which totals $1,200. This method is less common than the other two methods because detailed breakdown of SG&A is not usually publicly available.

SG&A stands for Selling, General & Administrative. It captures the costs incurred to market and administer a company. SG&A is a common line item on the Income Statement. Analysts can forecast SG&A with a growth rate, as a percentage of revenue, or through the sum of its components.