Similar to how things work in the United States and in Europe, investment banking in Hong Kong is centered primarily on M&A and financing. However, unlike the United States and Europe, the Hong Kong investment banking work is very financing-driven. There are certainly a lot of M&A mandates, but financing is currently the more important and lucrative business.

In terms of coverage, Hong Kong covers greater Asia Pacific. Most of the deals are China deals. However, bankers in Hong Kong also have a chance to work on Korean, Japanese, Southeast Asian, and cross-border transactions. While banks have offices in Seoul (Korea), Tokyo (Japan), Singapore and Mumbai (Southeast Asia), many transactions also involve HK staff. As a result, bankers in Hong Kong gain exposure to Mainland China deals and deals in the rest of Asia Pacific. That’s because many transactions often involve China in some ways. For example, the buyer might be from Mainland China while the target might be based in Pakistan. Another example could be that the debt financing is being marketed primarily to Chinese credit funds. 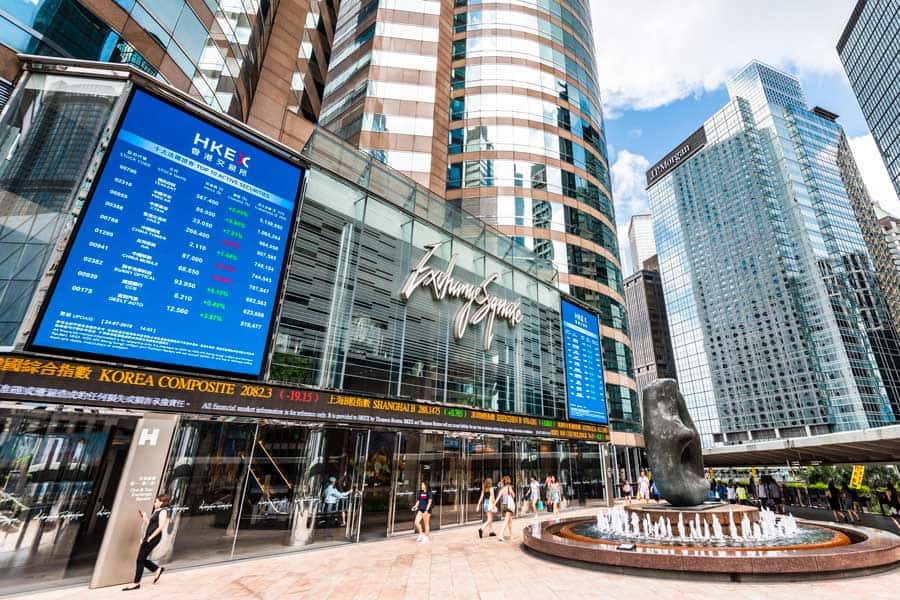 Broadly speaking, there are three types of investment banks in Hong Kong.

Even though the global investment banks have a waning market share in China, their China businesses are still growing. That’s because the Chinese financial markets and economy are growing. Consequently, the global banks are earning more profits from investment banking in China even though their market share is declining. In addition, these global corporations are still the most prestigious. Beyond reputation, they also pay the highest compensation.

While these elite boutiques are incredibly prestigious in the United States, they are marginalized in Hong Kong. Even in M&A advisory, which is their specialty, they are miles behind the bulge brackets and Chinese investment banks. In terms of prestige, these firms don’t command the same respect in Hong Kong as they do in New York. Hence, working at these firms’ Hong Kong office do not come with good exit opportunities

There are two British investment banks that have a notable presence in Hong Kong. They are HSBC and Standard Chartered. Barclays is also a British bank, but unlike HSBC and Standard Chartered, it has a very strong presence globally.  Hence, we categorize Barclays as a global investment bank. The “H” in HSBC stands for Hong Kong, which hints the importance of Hong Kong to HSBC. These two firms are very strong in Hong Kong. Unlike their bulge bracket peers, these two banks do not have a dominant presence in other major markets. Hong Kong is really their main market. These two British banks don’t have the resources of their global peers nor the deal flow of their Chinese peers.

In general, the Chinese investment banks pay less than the global and British investment banks. The global investment banks pay the highest. The American banks, such as Goldman Sachs, Morgan Stanley, J.P. Morgan, institute global pay for bankers in Hong Kong. That means they get paid the same as their peers in New York without cost of living adjustments. As a result, a fresh college graduate can expect to earn US$100,000 to US$125,000 in salary alone. But that’s just salary. There’s also bonus. All in, fresh college graduates can expect close to US$200,000 for the first year, which is about HK$1.6 million. That’s very high compared to Hong Kong’s median annual salary (50th percentile) of ~HK$240,000.

First, Hong Kong has a far lower personal income tax rate than the United States. Hong Kong’s highest personal income tax rate bracket is 17%. That means the effective tax rate that bankers pay is lower than 17%. In reality, it’s closer to the low to mid-teens. By contrast, the New York bankers have to pay federal taxes, state taxes, city taxes and FICA. This would amount to ~36% effective tax rate, more than double that of Hong Kong. In addition, American bankers have to pay sales taxes on most items they purchase. New York, for example, institutes ~9% sales tax on purchases. By contrast, Hong Kong does not have sales taxes. To make things even more imbalanced, the United States taxes investment profits while Hong Kong does not. Bankers invest in indexes and funds (not individual stocks), so investment profits is another stream of income.

After working in investment banking in Hong Kong, people generally exit to three types of opportunities.

First, they exit to private equity. Hong Kong has a healthy mix of global megafunds (i.e. KKR), pan-Asia funds (i.e. PAG), and China-focused funds (i.e. FountainVest). Unlike the US, Hong Kong private equity likes to hire investment bankers with more experience for each level than less. Second, they exit to hedge funds. As one of the three leading international financial centers, Hong Kong is also full of hedge funds. Hedge funds in Hong Kong at the junior level pays a lot, but not as much as the US hedge funds. And lastly, a very common exit among Hong Kong investment bankers is into influential roles at corporate / startups. Many bankers take up corporate development roles and rise up the ranks to become senior members of corporations. These can be highly lucrative and are very influential in Hong Kong because Hong Kong is a very tight-knit city.

There’re three ways to break into the industry.

The first way is to enter the industry at the analyst level (from college or non-MBA master’s program). The analyst program is highly competitive and very rewarding. The best point of entry is through the Summer Analyst program. The banks will post the job applications on their website every year, but they’ll prioritize candidates from target schools. More so than the US, many analyst-level hires are relationship hires. Hong Kong is notorious for hiring analysts because of the candidates’ familial business or political background. More so than the United States and Europe, China is very much a connection-driven (guanxi) country. Who you know is often way more important than what you know.

The third way is to enter the industry as an experienced professional. This is oftentimes based on influence, relationships, and background instead of knowledge of finance. You can transition into investment banking senior-level roles if you have the right business and Mainland political relationships. Happens all the time in professional services (i.e. law, private equity, consulting), not just in investment banking in Hong Kong.

Attending top schools in the US and UK is the best way to break into investment banking in Hong Kong. If that’s not feasible, then try to go to HKU. HKU doesn’t have as much of a campus feel as CUHK, but it is stronger in placement. CUHK and HKUST are other good options after HKU. Other Hong Kong universities, such as Baptist, Polytech, CityU, and Lingnan don’t come anywhere close.

Historically, many of Hong Kong’s top bankers are Caucasian expats from the United States and Europe. That’s no longer the case. The ability to speak Mandarin, fitting into the Mainland culture and having Chinese citizenship is becoming increasingly important. Banks have pushed out many senior bankers because they lack the language skills and cultural skills to succeed in China. You might be able to break into the industry if you speak fluent English and fluent Cantonese. That’s because you can cover many of the local Hong Kong corporations. However, the Hong Kong economy is minuscule compared to Mainland China. Mainland China speaks Mandarin, not Cantonese. Therefore, if you want to work beyond the local Hong Kong corporations, you must speak Mandarin. Mandarin fluency is extremely important to succeed in investment banking in Hong Kong.

At Lumovest, we are intimately familiar with what it takes to break into investment banking in Hong Kong. We developed our courses to teach you the financial modeling and analytical skillset to land an investment banking offer. Hong Kong interviews, like that of New York and London, involve a mixture of behavioral and technical questions. In addition, many Hong Kong bankers are lacking in terms of financial modeling skills compared to peers in New York. If you can master the technicals and financial modeling, you can set yourself apart from competition. We’re regularly in touch with Hong Kong bankers in order to keep our courses up to date.

Our courses are taught by former Goldman Sachs banker. The curriculum teaches you how to do things like a professional investment banker. You’ll learn how to analyze companies professionally. At the end of the program, you’ll receive our certificate, which you can also add to your resume and LinkedIn. You can sign up here.